28 Sep Are Stocks Safer Than Treasuries?

Posted at 10:42h in Economic Update by tom_cooper

The 30-Year Treasury yield had fallen below the S&P 500’s dividend yield in early September, but we quickly moved back up. In early September the spread between the S&P 500 dividend yield and the 30-year treasury yield narrowed to 5 bps, the tightest it has been since 2009. However, that tightness did not Despite current spread between the 30-Year Treasury and the S&P 500 being at 30 bps or 0.30%, are stocks possibly safer? This is the first time the two yields have been this close since March of 2009. Not that I should have to remind you, but in March of 2009, the United States was neck-deep in a recession that shattered the U.S. economy. Bonds have been the go-to investment vehicle, but with increased equity volatility, trade and political tensions have since sent bond yields to historically low levels. For investors looking to hold something long term, it makes investing in equities more appealing. However, one must ask themselves in addition to the political rift of trade impacting the market, why else have bond yields fallen? Another reason that could continue to impact bond yields is the slowing of global economic growth which will be important to track moving forward. 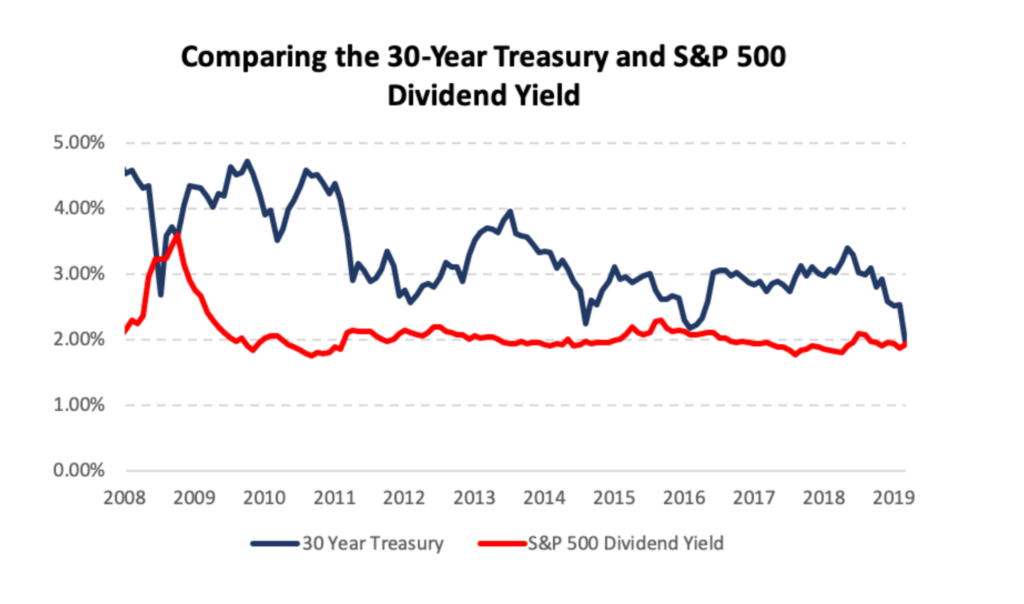 The spread between short-term and overnight FHLB rates has narrowed in September, mainly due to the Fed cutting their overnight rate to 1.50 – 1.75%. After widening during the most recent rate cut, rates have compressed across the curve. The spread between the overnight rate and the 1-year and 2-year FHLB rates have narrowed to -0.23% and -0.25% on Friday, respectively. As the long end of the yield curve continues to contract, short-term FHLB and Treasury rates could continue to rise amid economic vulnerability. 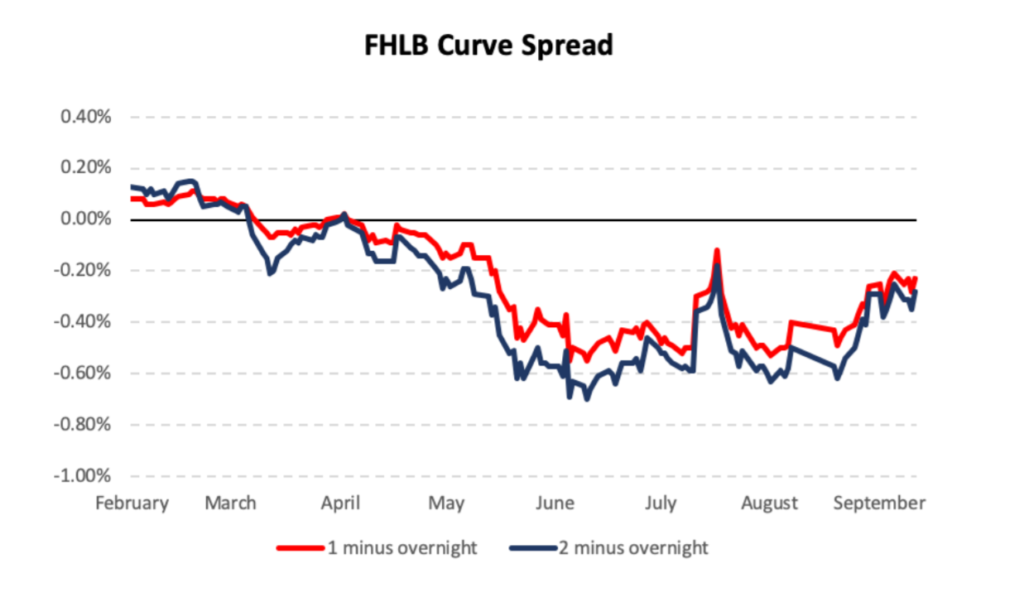 The 10-year treasury minus the 2-year treasury has nearly inverted. The spread between the two treasury yields went negative in late August but rebounded in hopes of subsequent change on the Fed’s end. The inverted yield curve is a term used when short-term rates have higher yields than long-term rates. The last time the yield was inverted was in 2007, which was the beginning of one of the worst financial periods in modern history. 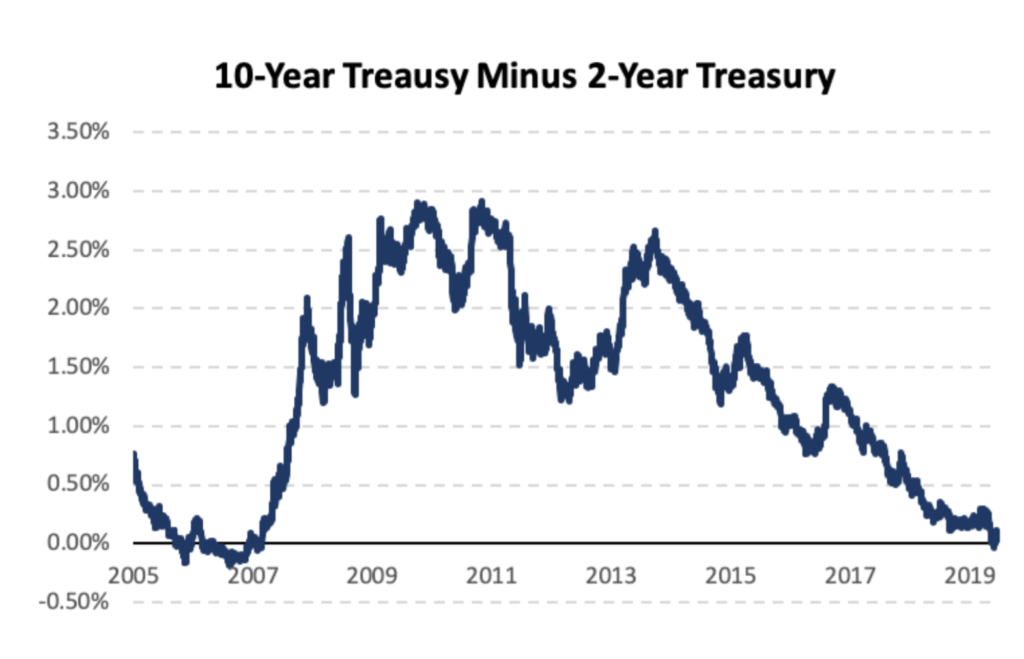 Quick Digest:
• The stock market continues to be volatile in nature
• The U.S. and Japan secured phase 1 of their trade deal on $7 billion in U.S. goods
• U.S. 2019 Q2 GDP was unchanged at 2% after the revision period
• U.S. jobless claims rose in the latest week to 213,000 in the week ending September 21
• U.S. New Home Sales rise more than expected likely due to lower mortgage interest rates
• U.S. Manufacturing growth accelerated in September to 51 from a decade low of 50.3 in the month prior